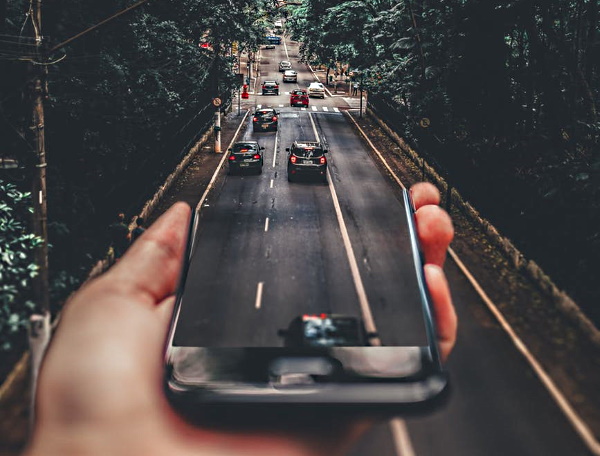 Terpene-Powered Cars on the Horizon

A growing body of research indicates that the fuel of the future may be terpenes.  Already tested in internal and external combustion engines, turbocharged engines, as jet fuel, and as octane boosters, a group of 7 terpenes – all of which are common in cannabis – have shown real promise that petroleum-based fuels could eventually be replaced by these natural, renewable compounds.  This article supports the idea that, one day soon, we might burn more terpenes in our cars than we do in our bongs.

Humans have been exploiting the explosive energy of some terpenes for hundreds of years. For example, camphene, a bicyclic monoterpene, burned in the oil lamps of tens of thousands of American households throughout the 18th and 19th centuries, offering people a cheap source of lighting, but also resulting in a significant number of destructive fires[1], until this type of lamp fuel was eventually phased out.

However, in the last 15 years, researchers have again begun looking at the energy locked away in some terpenes as a potential new source of fuel.  Because many terpenes are extremely flammable, these compounds offer the potential to develop fuels that are similar to gasoline or propane, but derived from renewable sources.  Coincidentally, much of this work has focused on terpenes that are common in cannabis:

Pinene – This bicyclic monoterpene has been found to exhibit an energy density comparable to hydrocarbon fuels. Testing has demonstrated that pinene is suitable for use in the operation of turbocharged spark ignition engines[2].

Limonene – In 2007, this monocyclic monoterpene was successfully used as a fuel in an experimental external combustion engine by a company called Cyclone[3].

Geraniol – In a bid to create an alternative to gasoline, researchers have used an engineered strain of E. coli bacteria to produce geraniol – an acyclic monoterpenoid – from glucose[4].

Beta-Caryophyllene – Once again working with an engineered strain of E. coli, scientists have manufactured beta-caryophyllene via the biotransformation of acetic acid by the bacteria, which they hope to further develop into a high-density biofuel[5].

Farnesene – California biotech company Amyris received tens of millions of dollars in grants from the US Department of Energy to develop farnesene – an acyclic sesquiterpene – as a biodiesel[6].  Although these attempts were successful, the cost to produce the alternative energy source was more than what could be recouped for the fuel at market.

Terpineol – Researchers have successfully used terpineol to increase the octane of a gasoline fuel blend, improving brake thermal efficiency, reducing total fuel consumption, and reducing emissions by up to 36.8%[8] over gasoline alone.

While it’s clear that more work in this field is needed, emerging research indicates that we could be using terpenes as our primary fuel source within the next decade.  Terpene-based fuels can power our automobiles, planes, boats, generators, furnaces, small-engine equipment, power stations, and much more. Terpene-based fuels could completely release us from our dependence on fossil fuels, which are finite and destructive to the environment to extract.

All of the terpenes mentioned in this article commonly occur in cannabis; in fact, beta-caryophyllene, limonene, and pinene are among the top 4 terpenes in most cannabis strains, by concentration.  While it’s not likely that cannabis will ever be used as a source for terpene-based fuels, it is interesting to think that the terpenes we consume in cannabis to help us get through the ups and downs of our days, are the same terpenes that we may one day use to motor up and down the roads of life.

[6] Daniel Grushkin  The Rise And Fall Of The Company That Was Going To Have Us All Using Biofuels 08-08-12  Fast Company https://www.fastcompany.com/3000040/rise-and-fall-company-was-going-have-us-all-using-biofuels