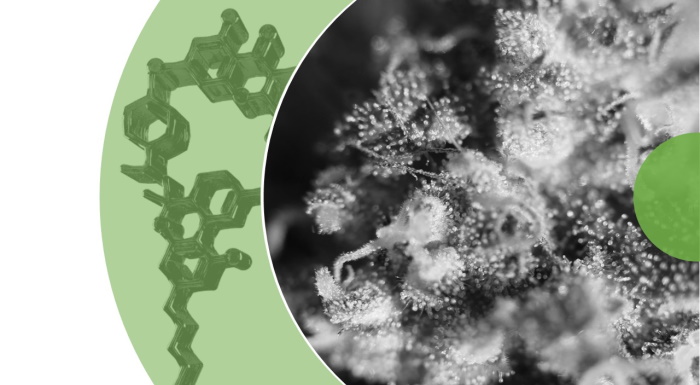 Controlling the terpene content of cannabis begins with selecting stabilized cannabis genetics that are known to produce the phytochemical profile desired. Genetic code contains the blueprint for the terpene and phytochemical content that can be produced under ideal conditions. Any deviation from the plant’s genetic ideal is generally caused by environmental influence as detailed below.

a. Seasonal
Cannabis cultivators have long known that trichome ripeness determines several end-product variables, including taste, smell, and effects. Trichomes contain mostly terpenes, which means that harvesting based on trichome ripeness is the same as harvesting based on terpene content and state. We need cultivators worldwide to test live plant volatile molecule content at each stage of the traditionally harvested metrics – clear trichome heads, cloudy trichome heads, and amber trichome heads – to determine the resulting terpene and other phytochemical content at each stage. These tests must also include studies where subjects consume products from each stage and report on subjective effects.

b. Daily
When it comes to the volatile organic compounds of cannabis, we’re mostly talking about monoterpenes, sesquiterpenes, diterpenes, and triterpenes, which are listed here in order of volatility. Because monoterpenes are the most volatile, they evaporate quickly under heat and/or light. Therefore, to retain the most monoterpenes possible, the ideal time to harvest cannabis is early in the morning, before the sun heats and lights the environment.

When plants are stressed by disease, they often adjust the composition of their phytochemical content and emissions to help fight the infection. This can be capitalized upon by cannabis growers by deliberately exposing crops to bacterial, viral, or other diseases where a cure is available (fungi and bacteria provide the clearest examples of curable conditions). Measurements of phytochemical content should be taken prior to disease exposure, at several periods during exposure, and after treatment has been applied. This type of experimentation should be considered for manufacturing processes that can later remove molds or bacteria.

When insects gather on, consume, or lay eggs on plants, many plants respond by significantly altering phytochemical content, particularly terpenes. Similar to the above description of disease stress, cannabis plants can be forced to alter their phytochemical content by exposing them to an insect infestation such as aphids or spider mites. Assuming a cure is on hand (such as ladybugs or acaricidal agents), the plants can be tested prior to commencement of the experimentation, again 1-2 days after exposure to the insects, and again after treatment, or more often for projects with access to ample resources.

When plants use emissions of volatile molecules like terpenes to influence the growth of other plants, these are called allelopathic agents, where the “attacking” plant and the “defending” plant both alter their phytochemical content to engage in this warfare. Cultivators can alter the content of terpenes and other phytochemicals by co-planting competing plants near cannabis plants. In this case, laboratory testing of terpenes and other chemicals must occur prior to co-planting, at several points during the co-planting period, and, to confirm results, after removal of the offending cohabitant species.

One interesting way to manipulate terpene content in specific parts of a plant is to mechanically wound the plant. When wounded, many plants send a rush of specific blends of terpenes and other compounds to the site of injury. While this is useful for experimentation purposes, the results will not be systemic and therefore will not affect harvestable flowers, unless flowers are the site of injury.

Some plants respond to treatment with organic chemicals by altering their terpene profile. While this is possible using several different compounds, one chemical that often elicits phytochemical changes in plants is gaseous emissions of limonene. Much experimentation is needed to elucidate the potential in this regard for cannabis.

Finally, drying, curing, and processing are not necessarily ways to manipulate terpene content, but rather ways to preserve these chemical profiles. It is possible to produce a deliberate ideal phytochemical content of a particular chemovar and crop, but then destroy that chemical content during drying and curing. As with all terpenes but especially for monoterpenes, heat and light will dramatically change phytochemical content, and not generally in a favorable way for consumers.

What is the difference between flavonoids and terpenes? Terp Talk

Russ Hudson describes the primary differences between flavonoids and terpenes – the differences we as humans can detect in the real world, not the chemical or molecular differences. Hudson reads directly from The Big Book of Terps, and can send you a signed hardcover copy of the book if you email him at russ@thebigbookofterps.com